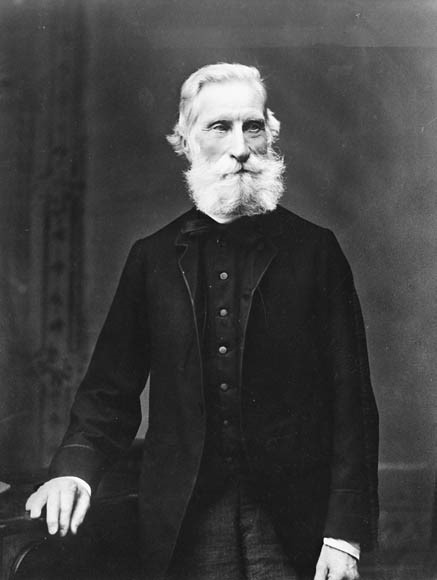 A former mayor of Bytown, Scott was elected in 1857 to the provincial legislature and gave much of his time to promoting Ottawa as Canada’s future capital. Six cities were then in the running (Quebec City, Montreal, Kingston, Toronto, Hamilton and Ottawa) and politicians could not agree on a choice. They referred the matter to Queen Victoria who in 1858 chose Ottawa. This did not settle the issue as Canada’s Parliament voted against the Queen’s choice before reversing itself in 1859 after heavy lobbying. Scott also successfully lobbied for separate schools for Ontario, a system that endures more than 150 years later. Scott went on to be Secretary of State in Sir Alexander Mackenzie’s and Sir Wilfrid Laurier’s cabinets.

The Scott family lived at 274 Daly Ave. (in the same house Tupper had rented earlier) until 1920 with an interlude between 1883 and 1886 when Scott rented the house to William Ritchie, Chief Justice of Canada. Scott purchased the house in 1874 to meet the property requirements for being senator for Ontario.

Many years later, Scott’s daughter Lillian Scott Desbarats recounted her memories of living at 274 Daly Ave.: “Our property extended to Stewart Street with an entrance on that street to a big stable where we kept a carriage and a sleigh, a horse and two cows…. Father built a small addition to the stable to house two ponies which he had bought for [my brother] D’Arcy and me.” (Desbarats, 1957)

For years the Scott children delighted in finding medicine bottles of all shapes and sizes in a pile of ashes at the back of the house discarded by the former occupant, Charles Tupper.

Three servants (a cook, a maid and a driver who also looked after the animals) lived with the Scott family who had six children. Every year, the family moved for four months to their summer home, Fairview, on the Mountain Road in what is now Gatineau. In the three years the Scotts lived at Fairview year round, Lillian and her sister Mary walked the four or five miles to the Rideau St. convent for school, and home again.

Scott purchased the house in 1874 to meet the property requirements for being senator for Ontario.

In 1896, after the Liberals won the election and Scott was named Secretary of State in the new Laurier government, Scott’s daughter reported that the family was able to afford an exciting new luxury, a telephone. Scott was back in the federal cabinet where he served until 1908 when he retired at the age of 83. A workaholic, he remained an active senator until a month before his death five years later.

Between 1920 and 1982, the house became the Elizabeth Residence for Elderly Ladies. It is now a six unit condominium.

[1] The Act provided that a petition by a quarter of the electorate in any county or municipality could trigger a referendum to ban the sale of alcohol.